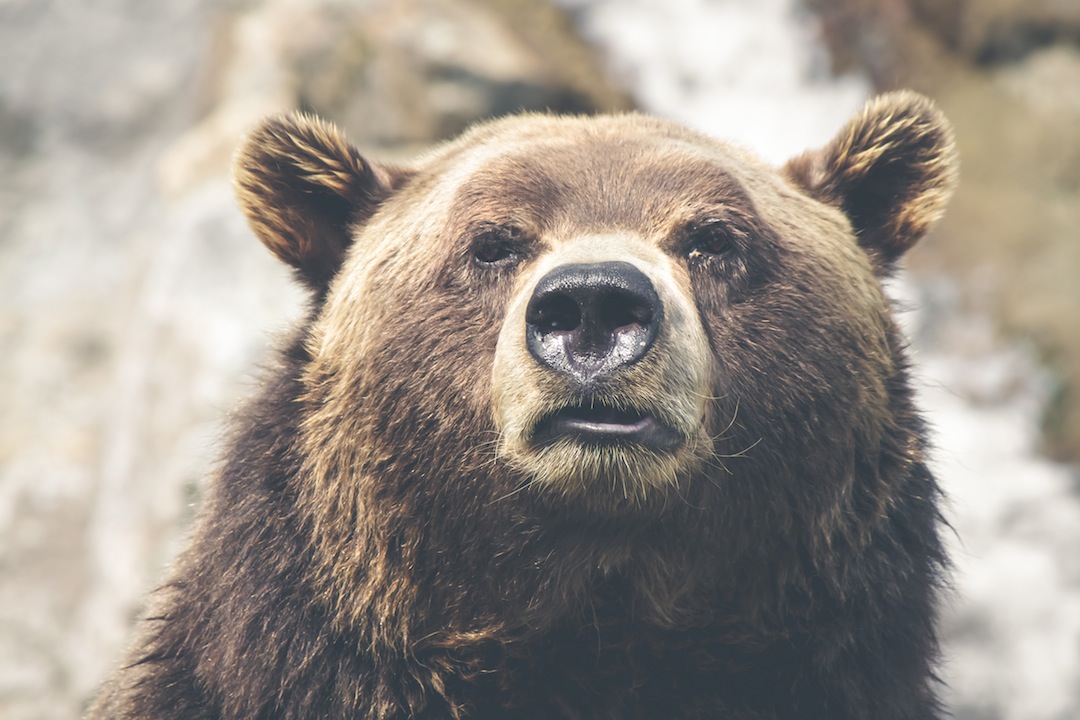 Please bear(sic) with us as we answer this question, recently submitted by Trump Supporters everywhere, virtually all the time:

Perhaps you have heard the rumor of a story of the Christ in one of the lost books of the Bible, the one where Jesus, hiding his fatigue after a long day of preaching, feeding the poor and proclaiming in a long sermon about how they should treat one another after he is gone, said things like: ‘all who follow me will out of love for their fellow believer, care for one another just as if they were of one family. He gave many examples, most of which made it into the book of either Matthew, Mark or John, and on this day he described what today we would call a “social contract”.

Namely, that we are commanded to care for another who falls ill, to see to sustenance (food) is given to the spouse and children a father who, badly injured, cannot work. He spoke likewise about those who fail in this responsibility, that they may be cast out for a time so as to realize their immoral selfishness and sinful nature, refused to share even the great excess as their own cup runneth over. Walking on the water later that day, he came upon a true wretch of a man, one who the people knew to be always angry and blaming of others for his plight.

The man turned his gaze on the Lord, daring to look on him with his eyes cold from the emptiness in his heart and the withering of his soul. Jesus, continuing to teach the very same lessons from earlier that day, saw that the man would just as soon want to destroy Jesus for the very goodness that he preached to the people that had once not long ago, forsaken him. So, with love in his heart Jesus said to him, “Listen ye to my words for they are the truth, that presently your soul is not yet lost, but for the hatred and vengeance you hold tight ye must repent and by doing so be free to find love for thy neighbor once more, believing in what I teach so that you may discover everlasting life”, to which the man replied,

“I know you are but what am I, haha!”, and as Jesus did pity the man he was still human and so did greatly ROFL, even as the man continued, even more angry for being dismissed with the kind laughter at the stupid things he uttered, “You’re probably a commie, dumb Jesus, but I’m a Christian!! So I am telling you to -get bent-, you lousy snowflake libtard! Don’t try to deny it, I saw helping that protestor, spreading all your new and supposedly progressive ideas about caring for one another, bah! Ye must hate god to preach such kindness!, what a stupid, thick-headed rabble rouser!”. Jesus could only continue to rofl, but eventually found his voice and offered the man once again forgiveness and the chance to find life-everlasting, but the man was hopelessly lost, for vengeance and victimhood had consumed him and eaten away his very soul.

Trump Supporters as of 2020-05-15, are willing, even pleased, to appear to The Rest of Us™ as deplorable human-beings. Undoubtedly, they maintain this stems merely from precisely the kind of arrogant, elitist attitude they so loathe, and as such, our opinion about them is meritless. What’s so remarkable about this however, is that in the process, they effectively take license to be actually and unhesitatingly  deplorable, presumably justifying it doesn’t matter since we already think so, and that we deserve to be treated just so unworthy of their observing any moral or ethical boundaries. This capacity, —the stamina, in terms of maintaining the will to believe simultaneously that people who represent the elitist, arrogant liberals deserve to be treated as if they themselves are the elite and arrogant, displaying a near total lack of self-awareness toward this sick irony.

The fatal tell isn’t just the epic hypocrisy, and it isn’t just the absence of all Christian values professed, even while they claim to believe Trump “the chosen one”. Rather, it is the most fundamental aspect of Christian beliefs which they have so totally ignored in a profane act of blasphemy in the highest possible degree: Namely, the way they front Trump as having no need for forgiveness or repentance for his sins. The “absolutism” in failing to ever acknowledge any of Trump’s faults, especially those which run completely perpendicular to the core doctrine of Christ.

The rare exception they do make in reflecting on Trump’s shortcomings seem to never amount to more than what have become throw-away excuses having more to do with how trivial his “sins” are: “Well, golly, I guess I don’t like some of the tweets he does but look, he’s not a politician, and I like that!”, (WTF?) or “He does at times come off as a bit crass I suppose, but at least he speaks his mind!” (Wow, do you not…?), or this one: “I think he could tone-down the name-calling, but he cares about all Americans like no President in my lifetime, maybe ever!”. (Can you truly not hear the amount of stupid coming from pie-hole like some proud form of verbal diarrhea??)

First, if he cared about you then don’t you think he would consider changing, so as to stop humiliating you when he acts like such a petulant, insecure child? Do you think he is incapable of making that simple change, or is it out of his control? If the latter, then how do you square that with knowing he is in control in the many other, truly important ways, and that without which, it puts us all in serious danger?

Unlike the typical progressive you encounter, I am not afraid to say things that demonstrate that we do have some things in common. While you accuse the left of never acknowledging any of the good things Trump does however, you somehow fail to see the absurdity of that accusation, when conservatives seem unable to recognize the litany of truly terrible things he has done, and regularly does.

That kind of accusation also falls on its face when every day, all I get that the government shouldn’t be able to take away all your guns, I agree that almost everyone in Congress is bought off and no longer working even a little bit “for the people”. I agree H.C. shouldn’t have run for President, and that she’s not likeable. I understand we can’t just abandon the people who currently work in domestic, non-sustainable energy production, and I also agree we desperately need immigration reform and that people shouldn’t be coming in illegally.

I mean that, Trump- lovers: Your beliefs, actions and the things you say are almost universally hideous and despicable. Those cultists who know me at all, if they are being honest with themselves, which everyone can plainly see is highly unlikely, should realize how outraged I have to be to go out and speak like this about a group of people.

This isn’t simply me joking around half-serious, or making fun of overly macho guys at a party, and it’s not your everyday observation about how the Pro-Lifers sure are quick to change their tune when children are dying from automatic weapons fire. Those side comments and direct, outraged accusations do still exist everywhere, and you can hear them on occasion from me –this is much, much different, and a hundred times more somber and serious is how I intend it to come across.

Notice how Trump & Cult is so quick to accuse others of corruption, lying, unethical behavior, falsifying information/data and/or juvenile acts or attitudes, beginning right away with the whole:

“You liberals can’t handle the fact that Trump got elected! They want to cancel the election or pretend it didn’t happen, but it did! We won, so get over it!

TS are quick to accuse others of such ugly and desperate moral failings because in their world, it’s just BUSINESS AS USUAL. So much quicker to go ballistic and start spouting off hateful rhetoric, so effortlessly will and able to get in the ditch and accuse even the most esteemed journalist a “fake news agent” –we all see this crap from them, =constantly=, but how often do we stop and call it what it is: DEPLORABLE.

They wear that as a badge of honor because they really don’t have a problem identifying with the notion, since if it will serve their momentary purpose, they are only ready w/o hesitation to go there.

I’m going to say this again: By and large, the TS you see still standing around you today, are the worst we have to offer as a nation. They are the ugly, the spiteful, unkind and often cruel, they turn vile it appears, within mere moments of facing “one who is not from among them”; they can be nasty, bitter, accusatory and seem to BELIEVE THE WORST about OTHERS, because they know it about themselves and I think, often fail to realize just what fearful, lying weasels they’ve truly become.

BUT, I don’t mean any of those things as insults –this is very important to understand! I mean them in the same way I mean that I think my wife is beautiful and my children are clever. It’s not something I’m dreaming up to say just because it sounds good, in the same way I don’t have to dream up those things that sound bad. THEY ARE BAD, and my adjectives are MERELY ACCURATE DESCRIPTIONS of their behavior and attitude. To deny it is to lack self-awareness, and to fail to see how uniquely common it is among your particular political bloc is –what, to live in abject denial and to practice wholesale dysfunction as a “default state”.

OK, listen up Trumplicans: –Once again, poppycock & horseshit. Not only have I never had that thought, but I’ve have never heard a single liberal personality state anything even remotely close to it. In fact if anything, it’s the ☰ OPPOSITE ☰.

Meaning, we CAN believe Trump got elected, we just can’t believe there were enough people like you to get the job done. We aren’t seeking to cancel the election, but rather point out that he didn’t get as many total votes, in fact it was the biggest short-fall in raw votes (and yet still win the election) in U.S. history! We get to say that, because it’s true, and it’s meaningful and interesting.

Enough about that. However, the election is just one issue among many, many others where you will inevitably find Trump supporters accusing liberals of yet another ethical or moral failing”. They do so like it’s nothing to expect or see such a thing from a human being, while the rest of us are still back here where society was several years ago in terms of the fact that these people either didn’t exist, or they stayed in their holes where they belong.

Note: Any non-fanatic-supporter is a hateful liberal seeking to do evil and destroy our country, more or less, and so they should be despised and told they are “soiling their family name for generations to come” (I literally had someone say that to me on the basis of one post disagreeing with them). Do you they even =hear each other=, not to mention yourselves? It’s either lunacy or it’s conspiracy or it’s some vile accusation, almost everything you say that we’re privy too, and so god only knows what you say in private shudder. 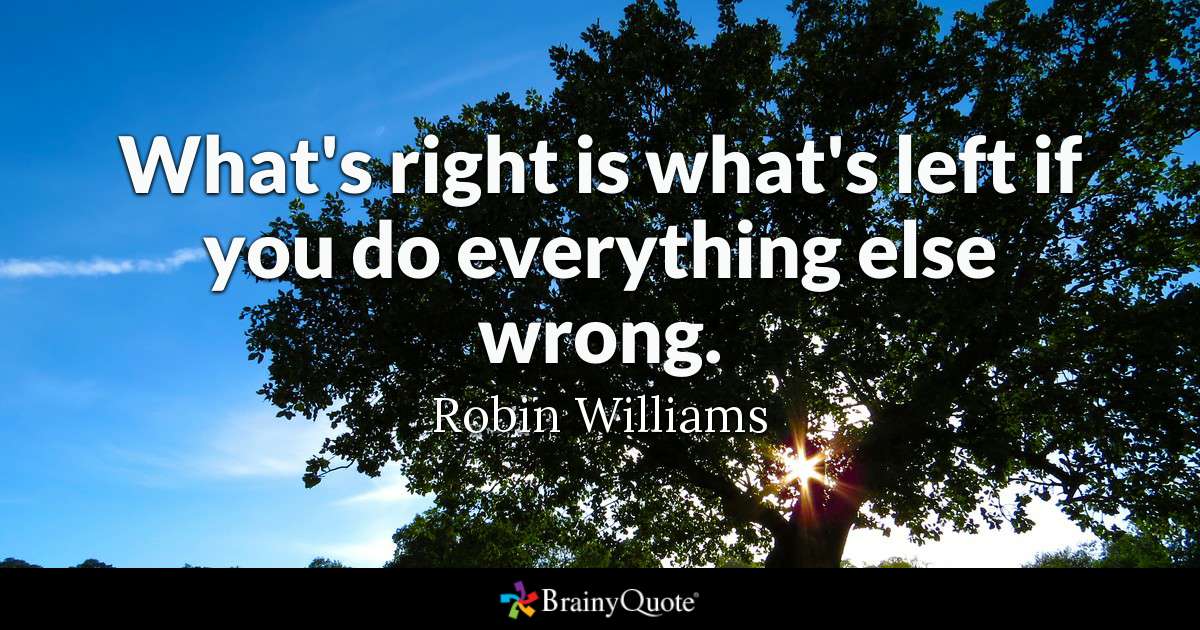